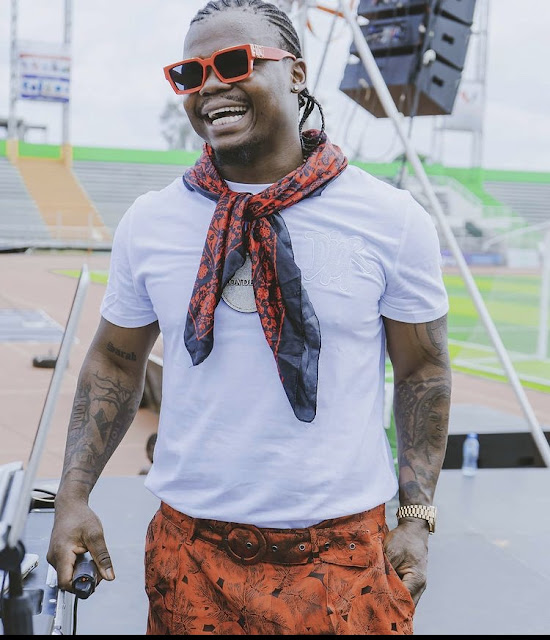 It’s not everyday fans will be throwing shade at Harmonize and he just stays quiet. Sometimes he will react and not many will like what he has to say.

Well, for months and weeks many have been trolling Harmonize for his struggling career simply because he left WCB. Of course fans hate his pride and hard work at the same time; but truth is, this may have been the best decision the young man ever made in a long time.

So far the Konde Boy CEO has received all sorts of insults; until just recently when a fan decided to thrown shade at the size of his manhood. As seen in the comment section, the female fan identified as Lizzylicious went on to imply that he has a small cassava saying;

Having come across the nasty comments fans have been living him; Harmonize for the very first time decided to respond only because his manhood was attacked.

Through his IG page he responded to this lady’s accusations in the best possible way. Well not to brag, but Harmonize requested the lass to ask around – probably from one of his exes just to confirm the correct size. He wrote;