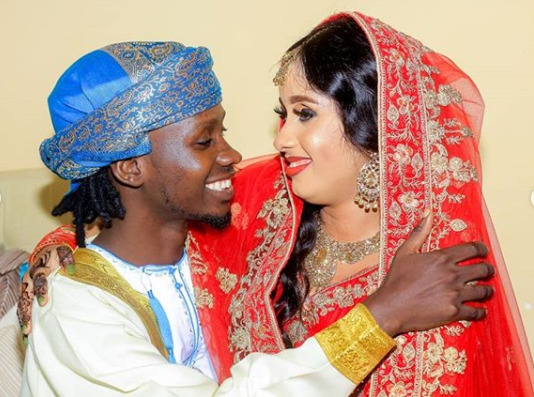 Producer Lizer has shocked many after his new wedded wife went on to share a photo showing how badly she had been beaten by the WCB producer.

As seen on social media, Mrs Lizer aka Bebe Naj as she refers to herself opened up about their recent fight that has left her looking unrecognizable. Although she did not mention the reason behind their fight; it’s evident to see that her husband hit her quite hard leaving her with red marks. 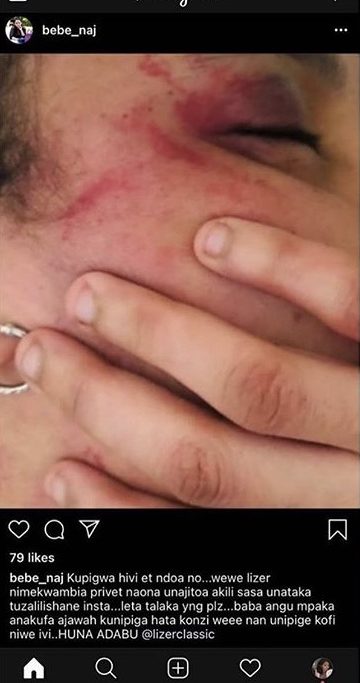 Well, it is no secret that the WCB boys seem to have a problem with most of the women they date. They are not only known for cheating but also fighting with their women.

Just the other day, actress Wema Sepetu went on to open up revealing how badly she was being beaten by Diamond Platnumz; and she still stayed. 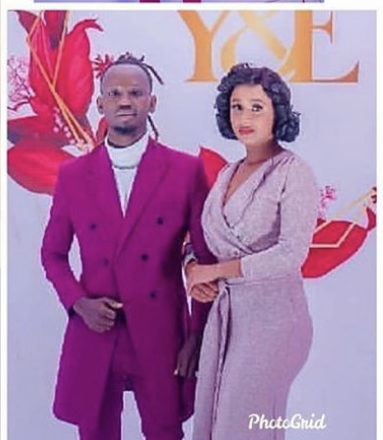 Singer Shilole also seems to have suffered the same fate as she was recently left looking quite odd; after her young ex hsuband, Uchebe hit her. Well, I guess with Covid around, most relationships continue to end fast due to the many financial issues caused by the pandemic world wide.